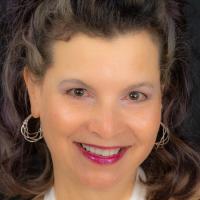 A little Jewel mixed with some Nora Jones and perhaps some Madonna or Katy Perry influences - these artists might describe the flavours in Lorraine Baron's New album - Lorraine - Elle Chante - She Sings.

Music came back into her life only a few years ago, when Lorraine was introduced to Jason Mraz's music, and she reconnected with just how powerful musical vocals, harmonies, and lyrics can be. She has natural musical vocal abilities, and has persistently developed the required skill sets to make her mark in the music industry.

She also is genuine and has something to say. Your musical spirit is safe in her creative hands.

Social networking and technology has allowed Lorraine Baron to work creatively with many other musicians from around the planet in both of her debut albums. Lorraine's genre flexibility is evident as her song writing crosses into many genres, including R&B, House, Jazz, Pop, Hip Hop, EDM, Latin, Folk and fusions of these.