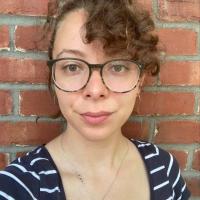 Marika holds a Bachelor of Music from Berklee College of Music and a Master of Music from McGill University. She has been on faculty at the Monterey Jazz Festival, Berklee College of Music‘s Bass & Percussion Weekend, McGill University, and Prince Edward County Jazz Festival. She is an Assistant Professor of Jazz and Contemporary Popular Music at Brandon University, and teaches at McGill Conservatory and Eckhardt-Gramatté Conservatory of Music.

Projects she has collaborated on have been nominated for (or won) Juno, Golden Globe, Academy, Polaris, Iris, RIDM and HotDocs Awards. Her work and/or studies have been funded by SSHRC, FACTOR, McGill University, Berklee College of Music (Lennie Johnson, Richard Levy) and the University of Toronto (Phil and Noreen Nimmons, Distillery Jazz Festival).