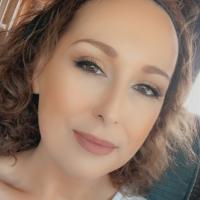 I grew up as a performer interested in music and musical theatre and completed my education in Music Business Management in 2006 with Work placements at Universal Records and Sound of Pop Records. I signed a publishing deal with Ole (Now Anthem) at 21 and worked in the pop field for several years cutting my teeth recording and licensing music to film and television with over 15 placements in film and TV.

In my mid-twenties I started to gravitate towards country and spent several years as a solo artist travelling back and forth to Nashville and appearing on CMT's Karaoke Star and CMT's Big in a Small Town.

In 2013 I joined forces with two of my best friends and fellow solos artists Ann Chaplin and Stacey Zegers to form 'Runaway Angel' a female country trio. We've released two records both debuting in the top five on the iTunes Canadian Country charts and toured Canada and Europe opening up for acts like Jason Blaine, Chad Brownlee, Emerson Drive and Dierks Bentley. We released 5 singles to Canadian country radio reaching #54 with our highest charting single.

In 2018 I was diagnosed with leukaemia and had life saving bone marrow transplant. My transplant was successful but resulted in a multitude of complications that took a couple years to recover from and I missed music a lot!

I am now actively writing and I have a condo in Nashville now to live at part time and I'm looking forward to returning to the studio and stage with my band.

Other ExperienceAutre expérience
Board Member