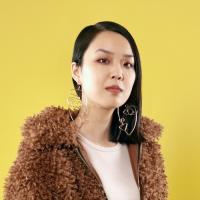 I'm a songwriter, producer, and vocalist from Toronto. I started my career as a recording artist in my teens, spent several years co-writing and collaborating with veteran producers in Los Angeles, and released a solo EP featuring some incredible musicians. After spending a few years working in licensing, I now write/produce with my alt-pop duo YSSY.

I also run a recording studio alongside my writing/production partner, where we create music for all kinds of commercial media and work with other artists.

Outside of the studio, you can find me designing and art directing for music and other creative branding projects, including our own.