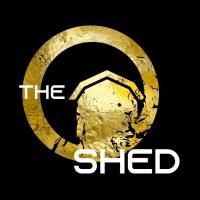 MEL is a business woman, singer, songwriter and professional marketeer, and member of ISSA.. MEL left an abusive marriage of 23 yrs in 2012 and in 2013 met her New Husband Brad Simmonds, Country music artist. The couple fell head over heels and were married in 2015. MEL begin managing her new husband's music career and On their second work trip to Nashville in 2019 MEL discovered her talent for songwriting. At first Mel used this as a way to excise her pains of ptsd from her first marriage. But soon came to realize she had an amazing gift for connecting with people through her work. Mel began to focus on the positive her works were creating and chooses to write positive and inspirational music. Mel’s background as an advertiser and promoter helped her develop both her husband Brad as a performer and her songwriting. The dynamic duo have become international global award winners. Mel is also Canada’s official rep for the prestigious world wide organization ISSA (International Singer Songwriter assocc) . MEL is a very active member of her Provincial and Regional music organizations , Music Nl and ECMA. MEL works extremely hard daily to develop her music career. Future plans include writing,producing, performing and is now Newfoundland's first female CEO Founder of a 360 Music Publisher/Publishing Company. The Shed ~ PowerHouse. . Providing complete artists services and Offering VIP Entertainment Packages to B2B, private events and getaways.