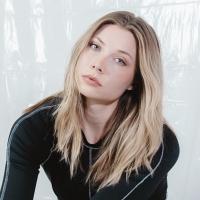 Two-time Edmonton Music Award-nominated singer/ songwriter, Laur Elle, is an indie-pop artist combining bittersweet lyrics and shimmering melodies to create a deeply musical aesthetic. Her subject matter, often finding itself exploring her relationships with herself and others, is expressed through a uniquely honest and candid tone.

Laur Elle’s FACTOR-funded EP debut, “The Art of Pretending,” was a twist on modern pop sensibilities that amassed half a million streams on Spotify alone before its full release. She has amassed over 100k combined followers on her social platforms, been the recipient of the Bell Media Prize, and has booked large mainstage shows such as Soundtrack Music Festival and K-Days opening for Aqua. Her song “July” hit #3 on iTunes Alternative Charts and was added into regular rotation at Mix 107.9 and 102.3 Now Radio in Alberta, and she was a selected artist for the 2020 Allan Slaight JUNO Masterclass program. When not writing her own music,
Laur Elle works as a writer for artists internationally.