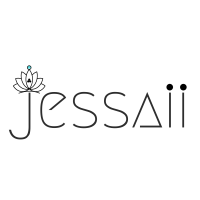 Inspired by the human family, jessaii’s music nourishes and nurtures the hearts of her audience, fulfilling a deeper calling back to love. Music IS love! Catchy melodies, insightful lyrics and the invitation always to move and feel.

She has always held a knowing that her purpose in music is much bigger than herself - that her soul's calling is to remind people of what they already know... or may have forgotten. Audience members often comment that her lyrics came at just the right time; that they are exactly what they needed to hear in that moment. jessaii just goes with what comes through and trusts the medicine of the music.

jessaii released her first single, RISE, with Haus Records in August, 2020 (with more releases to come next year) and released a new single, HIGHA' LOVE, with Moezart Beats, which dropped February 25, 2021 @ 11:11pm

jessaii is currently prepping a new set for upcoming shows and tour dates in the next year!